New acquisitions to our Special Collections

Developing our collections and preserving them for future generations. 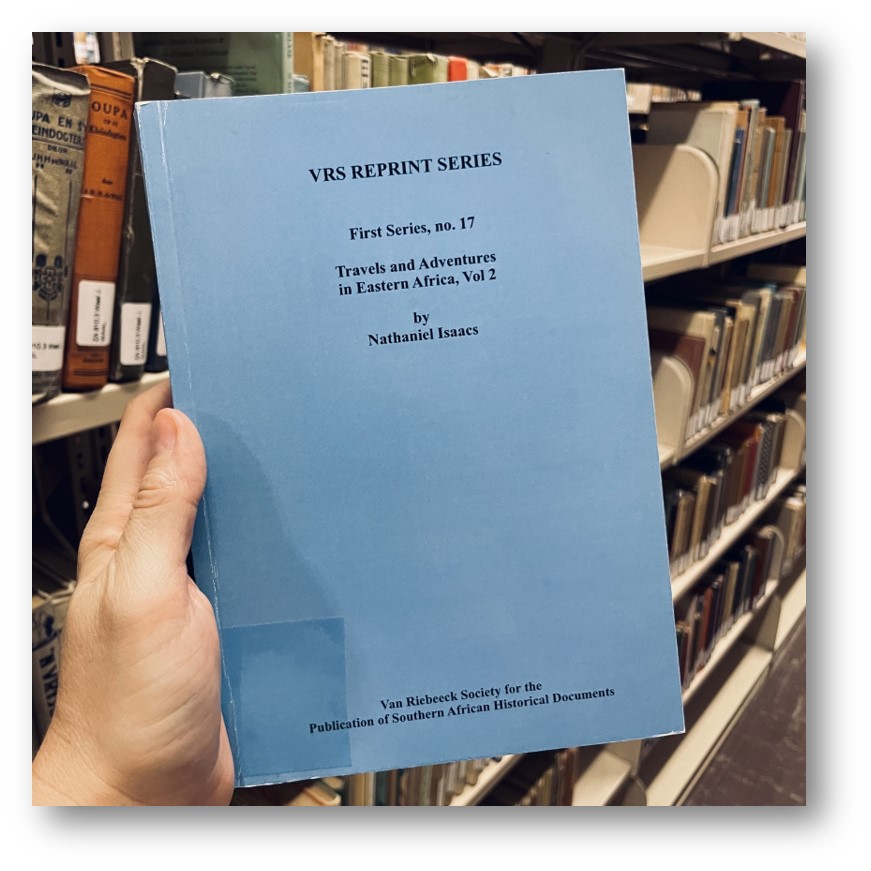 Nathaniel Isaacs (1808–1872) was an English adventurer whose 2-volume journal is one of the earliest European accounts of Natal and the Zulu kingdom, although its accuracy questionable. This second volume describes his second journey to, and stay in, Natal from 1830 until 1832, during Dingaan’s reign. He reports on the early white settlement as well as on the Zulu culture. 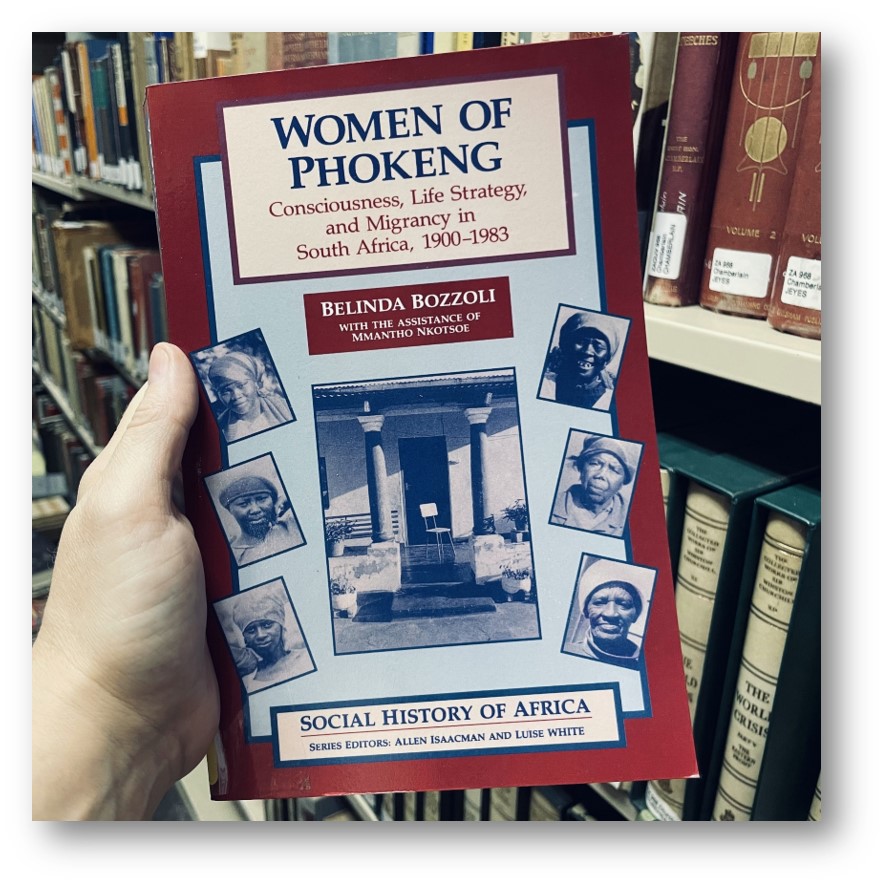 BLURB: “This evocative book recounts the lives and experiences of twenty-two black South African women—all born before 1915—from one small town in the Western Transvaal. The women are both ordinary and remarkable. From their childhood as daughters of a relatively well-to-do peasantry, through their adolescence as educated Christians, to their first experiences as domestic servants in the cities of the Reef, they show an unusual perceptiveness of mind and a rebelliousness of spirit. Those who marry and settle in the historic Rand townships of the thirties and forties—Sophiatown, Alexandra, and Vrededorp—build strong family structures and help support them by illegal beer brewing and various other activities; their personal resilience and strong sense of their own respectability stand them in good stead when they begin to experience police harassment and township violence in the late 1940s. The ‘culture of subterfuge’ that helps keep beer brewing alive is transformed by some of them into a more confrontational ‘culture of opposition’ in the 1950s, when the increasingly powerful Nationalist Party government begins to attack the very bases of their survival. But despite the participation by some of these women in acts of defiance, the increasingly harsh environment in the townships finally drives them back to Phokeng, by now a ‘homeland’ town dependent on platinum mines for its income. Here they survive on meagre pensions and the support provided by their children.

This book's originality and power lie in the central place given to the oral histories on which it is based. The words of these women take pride of place in a richly textured study that gives us a uniquely qualitative insight into the extraordinary history of South in the twentieth century, as well as into the lives and world views of the unknown women who have been a part of it."

Belinda Bozzoli is Professor of Sociology at the University of Witwatersrand. She is the author of ‘The Political Nature of a Ruling Class: Capital and Ideology in South Africa, 1890-1933’ (London, 1981). She has also edited three History Workshop collections and is coeditor of ‘History from South Africa’ for Radical History Review.